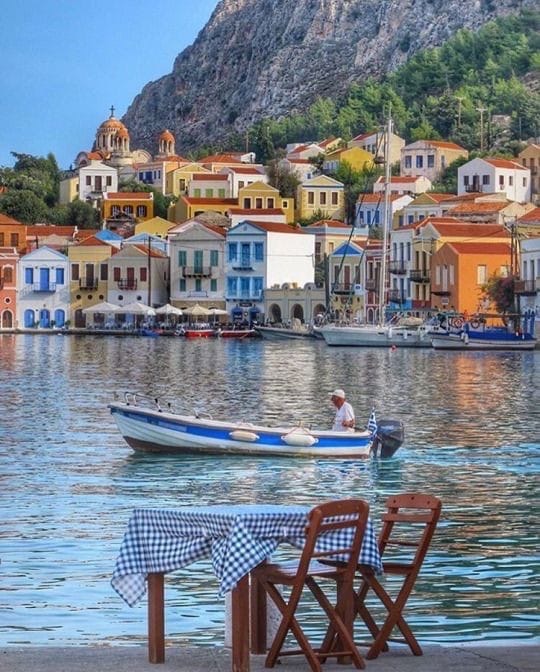 The Panorama and the Special Screenings of the 5th “Beyond Borders” International Documentary Film Festival of Castellorizo.

The “Panorama” and the Special Screenings of “Beyond Borders” International Documentary Film Festival of Castellorizo discover and highlight the continuity, the past, the present and the future of world documentary production. Well-known directors and promising young creators invite the participants and spectators of the Festival on seductive documentary film routes.

Please find below more details about the documentaries that participate at the Panorama Section:

The documentary is screened under the auspices of the U.S. Embassy in Athens

Synopsis: Have you ever wondered why, despite the fact that women make up about half of all film-school directing majors these days, a very small percentage of them find gainful employment in the film industry? Specifically, less than 5% of directors behind the top-grossing U.S. films for the past 10 years have been women. What exactly happens between college and full-blown adulthood that decimates the female workforce to this troubling extend? Forty TV and movie directors, journalists, academics and activists attempt to solve this riddle, describing their often hair-raising personal and professional experiences on camera. Ava DuVernay, Jill Soloway, Lena Dunham, Catherine Hardwicke and Miranda July, among many others, reveal everything the system has tried to cover up, offering food for thought and plenty of reasons to revolt against the patriarchy, no matter where you live.

Synopsis: The Southern Cross is the most famous constellation in the Southern Hemisphere. Ever since colonisation, it’s been claimed, appropriated and hotly-contested for ownership by a radical range of Australian groups. But for Aboriginal people the meaning of this heavenly body is deeply spiritual. And just about completely unknown. For a start, the Southern Cross isn’t even a cross – it’s a totem that’s deeply woven into the spiritual and practical lives of Aboriginal people. One of Australia’s leading film-makers, Warwick Thornton, tackles this fiery subject head-on in this bold, poetic essay-film. We Don’t Need a Map asks questions about where the Southern Cross sits in the Australian psyche. Imbued with Warwick’s cavalier spirit, this is a fun and thought-provoking ride through Australia’s cultural and political landscape.

Synopsis: In early December 2019, Jean-Claude Juncker resigned as President of the European Commission. The former prime minister of Luxembourg has been at the helm of Europe in the most difficult phase so far. Brexit was one of the key issues. To this were added increasingly difficult heads of government, such as Trump or Erdogan or countries within the European Union with more right-wing leaders (see Hungary, Poland or Italy). The film depicts the passionate European and accompanies him from behind the scenes for months.

Synopsis: After the Second World War, around 200,000 Dutch citizens were arrested for collaborating with the enemy. Most were soon released into a society in which they could fully participate, and even have great careers. Anton Mussert, the leader of the Dutch Nazi Party or NSB, was sentenced to death. An archeology of fascism in the Netherlands, this richly illustrated historical documentary investigates the mechanism of nationalist feelings that radicalize. It shows how fascism was on the rise even a decade before the founding of the NSB, due to a number of anti-democratic initiatives led by a millionaire with a predilection for one-legged women, a market vendor, a cleric, and an artist. Historians, writers and collectors of fascist curios reveal how an initially marginal and fragmented movement grew into a radical populist party. The film opens with an audio recording of market vendor and fascist leader Jan Baars, over a magnificent aerial scene of a misty river landscape, in which he describes how he addressed a “herd” of voters. It was the fire of his words that stirred the masses—his message was entirely unimportant.

Synopsis: Five airfields unknown to general public, each one strategically valuable, shaped the progress of the Great War and changed the tides of history forever. Fearless men, strangers – taken from the ends of the world, but also Greeks. Defeated the fear of the unknown, with defiance for death, they flew with primitive flying machines made of cloth and wood. They fought over the skies of Macedonia & Aegean. Some of them, never returned home.

Synopsis: “Saving North” is the true story of a struggle for human and cultural survival in the mysterious and insular world of the Russian North. An outsider from England, the well-known photographer Richard Davies, enters this mysterious and vast region of the world with the hope of documenting both the glory and the tragic demise of its rapidly disappearing Wooden Churches. Along the way, Davies finds himself putting aside his camera and joining local efforts to bring back to life an almost forgotten tiny community and its 300 year-old church.

Synopsis: China first emerged into international affairs on its road to becoming a world power in the First World War. However, its emergence is in the forgotten story of an unlikely group of Chinese peasants who were sent to an imperialist war they didn’t understand. Zhang Yan, a Chinese history student from the same Shandong villages as the Chinese labourers in WWI, searches to restore the collective memory of those in China and around the world who have almost entirely forgotten about the 140,000 men who made this journey 100 years ago.

Synopsis: In 1924 during the population exchange between Turkey and Greece, the population of Sinasos who had to abandon the towns they were settled in for years prepared a photo album to remember their homes. The houses of Sinasos should be photographed, because they were places of high culture artifacts that were quite resplendent for their period. A year later the album was published and sent to Greece. Sunflowers is telling to story of a Capadocia town Sinasos.

Synopsis: On December 31st of 2005, the Greek Radio of BBC fell silent, after 66 years of continuous broadcasting; sacrificed, together with eight other European Services, due to different BBC priorities, like the development of its services in Arab languages, for obvious geo-political reasons.On June 6th of 2006, in an official ceremony that took place at the Hellenic Parliament, the BBC administration donated a copy of the audio archive of the BBC Greek Service to the Parliamentary Library, with the intention to preserve and use its historical content. The film, an internal production of the Parliamentary Channel, was created for this event. It is a post production documentary, denuded of narration or music. The narrative consists of a continuous succession of audio documents from the archive, which concern mainly the historically charged periods of WWII, the Civil War, the Cyprus Affair and the Junta, but also the modern face of BBC Greek, underlining the cultural aspect. The voice of the Nobel laureate poet George Seferis – an old collaborator of BBC – is heard throughout the film, marking the interchange of historical cycles and establishing itself as a narrative structural element. The images, which here supplement the dominant broadcasted sound, derive from various national audiovisual archives, the photographic archives of BBC, ERT and the Parliament, as well as from numerous Greek documentaries.

Synopsis: Greek Tale attempts to illuminate the causes of the 10 year Financial Crisis Greece is experiencing as a result of the global crisis that broke out in 2008.From the beginning of the Balkan wars and the entrance of Greece into the new European landscape, The Greek Tale follows the key social upheavals that lead to our days.The Greek Tale documentary is dedicated to the memory of  professor of political economics at the University of Paris, Kostas Vergopoulos for the size of his contribution to Hellenism, as well as the shaping of an influential cultural exchange cycle between Greece and France.

Synopsis: 7 poor women from Turkey’s seven regions. Seher Toprak (Gaziantep), Meryem Alpaslan (Artvin), Güler Bal (Diyarbakır), Sevilay Köseoğlu (Aydın), Fatma Kalkan (Mersin), Zerge Torun (Mardin), Melek Yılmaz (Istanbul). What they all have in common is poverty and helplessness. In order to hold onto life, they all look for a way to solve the problem. Hope was a new beginning for them. 7 women would decide their own destiny to get rid of the deadlock they fell into. Each of them would start working and producing, make money, survive to prepare the future of their children. 7 women’s path cross with Turkey Waste Prevention Foundation (TİSVA) which gives micro-credit to women and their lives are changed. The story of these 7 women is the transition to a dignified life, where they can get rid of poverty and despair and stand on their own feet.

Please find below more details about the documentaries that participate at the Special Screenings Section:

Synopsis: How, when and why was our umbilical cord to the East cut? This history documentary is based on the correspondences of journalist Kostas Missaelidis on the Asia Minor Campaign (1919-1922). The tragedy unfolds through the writings of Asia Minor-born war correspondent, journalist and poet. From the harsh battlefields and the ruins, the human drama emerges. The film was awarded with the Best Feature Documentary of the 13th Greek Documentary Festival (DocFest) and has participated in the Official Programme of the 21st Thessaloniki Documentary Festival.

Synopsis: A history documentary based on the book “The Ten Days’ Diary” by Agapi Molyviatis – Venezi, which refers to the attempt of a Turkish officer to save her brother, the writer Elias Venezi, from the death squads in 1922.

Synopsis: A history documentary that refers to the manuscript diary by Konstantinos Kiourktsoglou that was saved, and describes in a direct and austere way the living conditions of the taxpayers in exile.

«Beyond Borders» is organized by the Hellenic History Foundation, in co-organization with Ecrans des Mondes (Paris) and the Society for the Restoration of Megisti, Castellorizo (Sydney), held under the auspices of the General Secretariat for Greeks Abroad, of the Municipality of Megisti, and the Embassies of Australia, the U.S. and Israel in Athens. The main sponsors are the Hellenic Parliament, the Ministry of Culture and Sports, the Secretariat General for the Aegean and Island Policy, the Hellenic Broadcasting Corporation and EKOME Media. 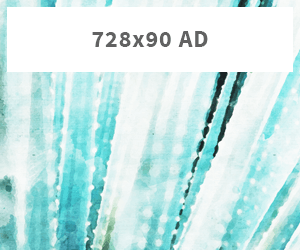